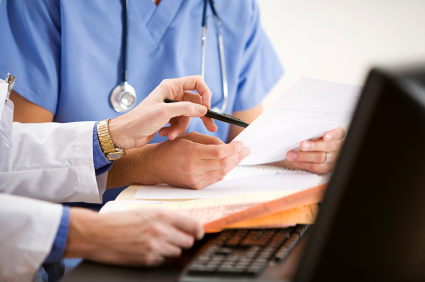 For this reason, when attempting to determine whether outsourcing billing is the right move for a practice, it is useful to consider multiple factors before making a final call. While outsourcing is almost always the more affordable option, the decision must be more nuanced than just comparing cost estimates to see which would be lower.

Additional factors to consider range from the practice’s geographical location to its level of comfort with an outsourced service. Prioritizing these factors will help the practice determine whether it will ultimately be more satisfied with in-house or outsourced billing, irrespective of cost.

There is no question that coding and billing are becoming increasingly complex. Multiple regulatory and legislative changes have already created confusion, and with imaging in the reimbursement crosshairs, it is not likely that we will see an end to the adjustments in the near future. In fact, a recent article1 published by the Journal of the American College of Radiology: JACR predicts that CMS, yet again, will be targeting radiology in its hunt for misvalued services in 2012—a process that resulted in 2011’s controversial coding change for combined CT exams of the abdomen and pelvis.

A CT exam of the abdomen and pelvis is a particularly illustrative example: The coding change created shock waves through practices that underscored the need for sophisticated business intelligence. With total reimbursement moderately to seriously affected by a simple coding change, practices found themselves again looking for ways to do more with less—and the keys to these tactics can be found in professional analyses of a practice’s billing data.

With that in mind, a key factor to take into consideration when deciding between in-house and outsourced billing is the talent pool available to the practice. Practices in large metropolitan areas will find it less difficult to staff their billing offices with the talented and experienced professionals necessary to cope with the constant changes in today’s coding and billing environment, and they will have less difficulty handling billing-office turnover. Conversely, relatively isolated practices might have trouble finding and retaining qualified billing staff; when a key member of said staff leaves, they might find him or her more difficult to replace.

Either way, managing a billing staff can be an onerous task for a physician-run practice, as the most qualified biller (with the best knowledge of compliance issues) might not be the person best suited to running the department. For practices in which leaders are not amenable to handling the hiring and other managerial tasks associated with an in-house staff—such as developing a succession plan to ensure continuity—outsourced billing might be the best solution.

More subjective, but equally critical to the decision-making process, are issues of control and access. Administrators often hesitate to outsource billing, as well as other services, because they fear losing control over a critical aspect of the practice’s operations. While many practices that outsource find this fear to be unfounded—in fact, there is little difference between working with an outsourced billing provider and having your billing office across town—the topic of control has another side.

Take, for instance, the implementation of compliance changes, from an IT perspective. With the deadline for the transition to HIPAA version 5010 approaching at the end of March, practices that handle their own billing are under pressure to update their IT infrastructure to achieve HIPAA compliance. That is to say nothing of the upgrades and maintenance required to keep their billing -related applications online, or the cost of the support staff necessary to do so. In the case of IT, many radiology practices might find that relinquishing control is a relief, both fiscally and operationally.

Access is another issue, and not just in terms of administrators having direct access to their billing staff. For practices that have traditionally allowed patients to settle their accounts in person at the billing office, making the transition to an outsourced provider will be a big change—and one that might be perceived as a decline in customer service.

For these reasons, some practices elect to compromise between in-house and outsourced billing by having the outsourced-billing provider take over their local office, employing their staff and using their local resources in tandem with those of the billing company. It should be noted, however, that this option is generally more expensive than the traditional model of outsourcing.

Choosing between in-house and outsourced billing is an emotional decision, with good reason. There is, however, a middle ground between basing this decision on loyalty and basing it on mere dollars and cents. Multiple factors come into play, including the practice’s geographical location, the robustness of its IT infrastructure and staff, and its leaders’ interest in handling the day-to-day managerial tasks associated with maintaining an in-house billing staff.

Having stipulated the above, we advise practices to consider the growing complexity of the billing and coding environment in radiology and to be mindful of the increasing importance of business intelligence to the subspecialty and to health care in general. It is critical that radiology groups plan strategically to ensure that they will be able to maintain billing and coding compliance without leaving valuable dollars on the table. 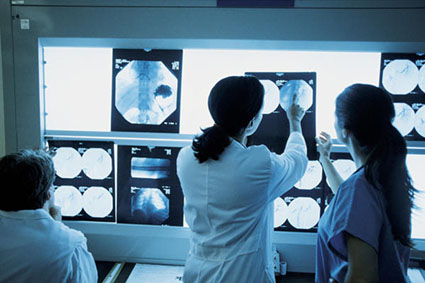